Take T.B. Arthur, add some classic Roland boxes garnished with that special Metasonix flavour and you will get Acid par excellence

The further you look into “TB Arthur” the murkier it all becomes. Rather like the story of the mysterious “Lewis” in a very different area of music, it all seems a bit too perfect. The over-amped analogue machines, the extraordinary psychedelic qualities of the music, the stories of dusty warehouses and hints of distant raves, the messages in run-out grooves like secret messages from times past: it's all so perfectly designed to press the buttons of techno vinyl fetishists it can't be real. Can it?

Our contacts at Hard Wax are not the most communicative – like Hard Wax ever has been, right? But the one thing they have been absolutely emphatic about is that despite forum chatter, this is not some secret project for Adam X, or Shed, or anyone else. To be precise: “TB Arthur is TB Arthur and will remain so despite the speculations”.

Does it matter, anyway? Well not right now, it doesn't. For now – and for the eternal now of the dancefloor – what we have are three 12”s of really outstanding tripped-out machine funk that serve their purpose equally well whether they were made in 1995 or 2015, and whether they were made for fun, for a joke or as an expression of drug psychosis. And there's the promise of more to come, too. Perhaps it will turn out that there really is a dark and tragic tale behind them, perhaps there's a big game going on, or perhaps the background will remain shrouded in mystery. But for now, what we're left with is music that we have to judge entirely without prejudice, and which is good enough to more than justify any cloak-and-dagger shenanigans.

In the Culture Hall there is party: After the fair is before the fair, and here it will be cultivated what theoretically a machine was or is. Techno and
other electronic music for the dance floor in countless facets will be presented where our fair visitors will see that from our manufacturers and developers, constructive discussions is not out of the question. 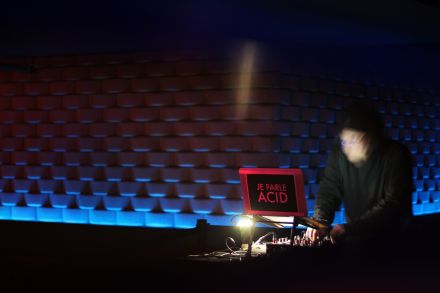 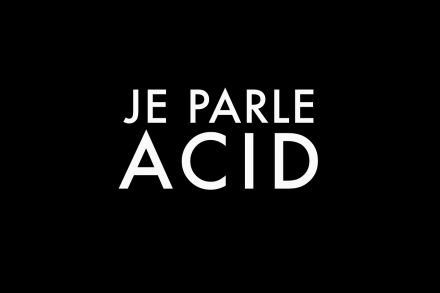